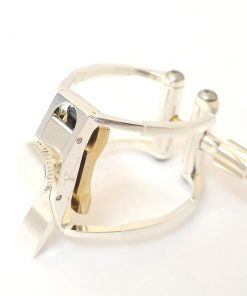 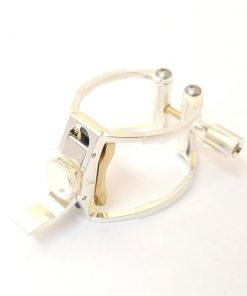 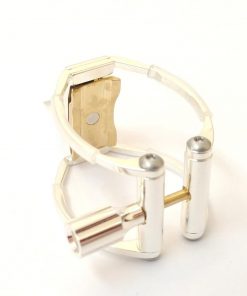 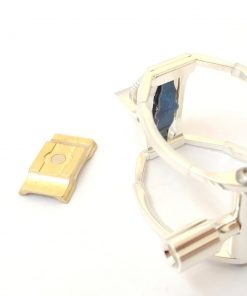 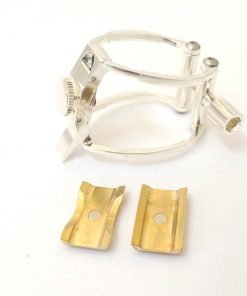 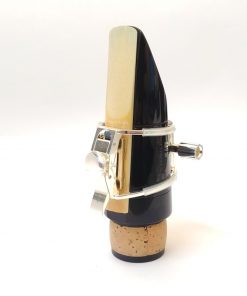 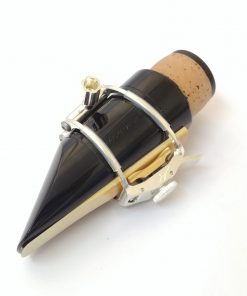 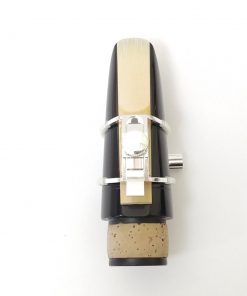 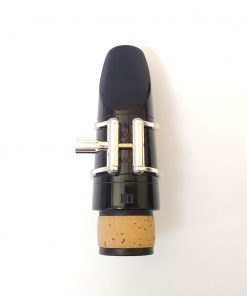 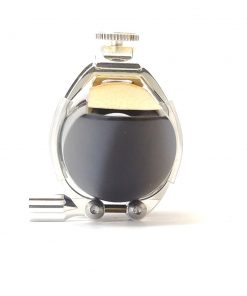 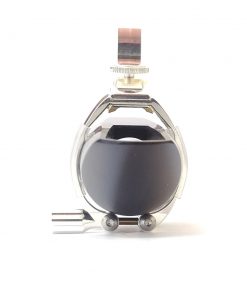 Switching to Rhodium
The AK Clarinet Ligature will no longer be available in silver plating. Instead, they will be available in Rhodium (as well as Gold) to prevent tarnish.

The new AK Clarinet Ligature will re-define your clarinet performance. Engineered by a Mechanical Engineer & Woodwind Player to meet the demanding needs of musicians. With well over 2 years of R&D and a solid year of testing with some of the world’s most renowned professional musicians, the AK Ligature offers performance characteristics and user functionality that players might not have even realized they were missing!

Made in Las Vegas, Nevada with precision CNC machined parts (on a CNC that is owned by AK Ligatures to guarantee quality control). Completely hand assembled in Las Vegas using a “Stress-Free” assembly method to maximize performance.

Going Platinum (Rhodium actually)…
The AK Ligatures are transitioning to Rhodium (a member of the Platinum metal family) as the default plating instead of silver plating. The reason why is simple… silver plating is prone to tarnishing and hard rubber (which MOST mouthpieces are made from) amplifies the chemical reaction that causes tarnishing. Rhodium on the other hand will not tarnish, has a silver-ish color (so it will blend in cosmetically with a clarinet with silver or nickel plated keys) and is also scratch resistant. So moving forward, the AK Ligatures will only be available in either Rhodium or Gold plating.

We have a few silver plated models remaining but after they are sold, they will no longer be available in silver.

About the AK Ligature

The Problem with Ligatures
Many players are perplexed at the vastly increasing ligature market. With some ligatures now actually passing the $1,000 price point, many players seem to wonder: “Why?” In all honesty, we kind of agree with that sentiment. Let’s face it, ligatures are commonly thought of as a “basic” mechanism… so spending big money on a ligature doesn’t really resonate with most. Players that have already awakened themselves to the importance of the ligature on their performance tend to be overwhelmed by the myriad of choices.

The problem is that when you look at all of the higher end performance ligatures currently on the market, they all have a shared similar design concept: Minimize the physical impact of the ligature on the mouthpiece in hopes that it will minimize the ligature’s impact on the reed’s vibration.

While most of these ligatures are truly solid performers with excellent execution and performance, they still are based around a similar flaw in design:

All other ligatures clamp the reed to the mouthpiece.

This “reed clamp”, no matter how elegantly the ligature is designed, naturally detracts from vibration of the reed and thus takes away from your performance.

The Ligature Perfected
We took a completely new approach to the concept of a ligature. We once had a wonderful clarinetist say:

“The ideal ligature is no ligature at all… simply holding the reed lightly in place with your thumb is the best ligature approach, but has an obvious hindrance on one’s ability to play the full range of the instrument!”

So we sought to emulate that concept of “no ligature at all”. Granted, we needed something to hold everything in place, but we thought about how we might achieve this without the ligature having any “clamping effect” to the reed. That is where the beauty of the AK Ligature resides.

The AK Ligature Does Not Clamp The Reed

The function behind this is to suspend the reed cage in a set position below the mouthpiece table. This is where the performance happens: our magnetic reed plate. We use the magnet for several reasons, but the primary is so that the reed plate is truly independent of the ligature instead of bound to the rigidity of the ligature via a traditional mounting screw or rivet. With the magnet, the plate is not physically clamped on to the ligature and instead is a separate piece, free to self-level and vibrate along with your reed.

Operated by a simple lever, once engaged, the magnetic reed plate helps to lightly hold your reed in place, completely independent of the rest of the ligature. There is no clamping effect. Instead, the reed is allowed to fully vibrate, free of response deadening restriction from a ligature forcing itself onto the reed.

Furthermore, the free-floating reed plate is able to self-level to the reed in all directions which greatly increases the number of “good reeds” in a box as it compensates for a reed with an uneven spine that other ligatures might struggle to seal.

This is why a rather audacious slogan was chosen: “The Ligature Perfected”

This concept truly makes your reed independent of any external force and allows for the most vibration, the most dynamic control and the most response that you will ever achieve from your reed/ligature setup. Everyone who tries the AK Ligature is completely blown away by the improvement to all facets of their performance. When you get to try one for yourself, you will be too!

Check out the other AK Clarinet Ligatures & Plates: 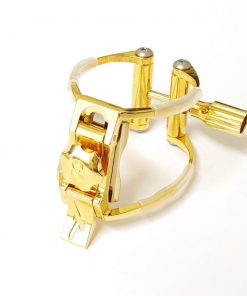 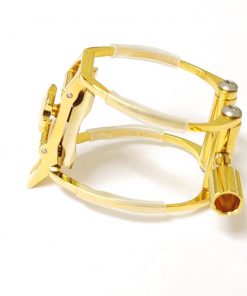 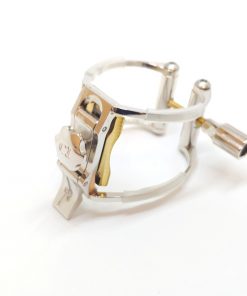 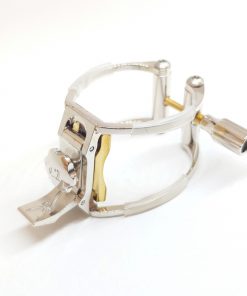 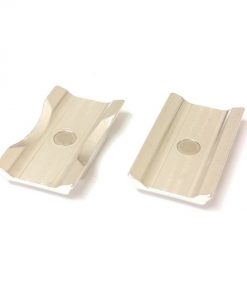 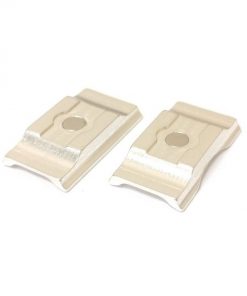