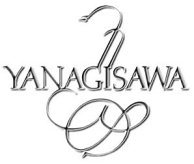 They are among our favorite saxophones ever made, so to hear that they were discontinuing a line of great horns that we have come to know and love over a 20 year stretch was hard to believe. What was also hard to fathom was whether or not it was possible to truly build a better saxophone!

WO Series now available in Alto and Tenor Models!

So below is a list of what models in the WO Series replaced previous production:

Of course, there are a slew of other custom models that will be also available in the WO Series like the 9932J will become the WO32.

Yanagisawa is also using two new model branding labels, something that I think should have been done long ago. They are adopting the terms “Professional Model” and “Elite Model”.  There has always been confusion among players, teachers, music stores & even distributors in how to label the quality & performance level of Yanagisawa’s lower cost 90x series horns.

Much of this, in my opinion, was from bad marketing via the original US distributor, Leblanc. They, like many people, made the simple mistake of saying “the 901 is less expensive than the 991, therefore the 901 must be intermediate and the 991 professional”. This was a massive mistake that has plagued Yanagisawa’s image on the lower cost 901 (and 902) series horns.

The truth is that Yanagisawa ONLY makes handmade professional saxes. Every instrument that they make, regardless of price, uses the same quality of craftsmanship, materials & attention to details as well as the same bore! The differences between the series has to do with some design elements and the weight of the construction. The 90x series horns use lighter weight “Single Post to Body Construction” (as do vintage American horns and professional Keilwerth models) whereas the 99x uses heavier “Ribbed Body Construction” (like Selmer Paris models).

So to compensate for this misunderstanding, Yanagisawa has started using the term “Professional Model” for the single post models and “Elite Model” for the ribbed construction models.

“Professional Models”
WO1 & WO2

“Elite Models”
WO10, WO20 & all Solid Silver based models

Design Changes in the WO Series

All WO Series models feature a common set of changes/upgrades to the design over the previous 9xx series saxes. However, the “Professional Models” (WO1 & WO2) also feature some additional changes that were not needed on the “Elite Models”.

The WO Series include 6 common changes over the 9xx series saxophones. Most of these changes are minor, but some are going to change the performance of the sax.

WO Series Common Change 1 – Bore
Obviously, a bore change will impact performance. The bore changes on the WO Series are entirely in the bow and the bell of the saxophone. The neck & body tube design are 100% the same as they were on the previous 9xx based models. The rumor is that the bow of the WO Series changed to revert to the previous 8xx series models. I have had no official confirmation of that, but unofficial channels have relayed that to me, and they are trustworthy sources.

In short, the 8xx series bow is a little tighter than the 9xx was. In theory, this should give a little more tonal core and depth to the tone of the sax. The downside is that this could make the bell notes smaller and less powerful than the 9xx series. To compensate, the bell throat on the WO Series has been increased in its overall size and taper. This will allow the bell notes and lower end of the horn to resonate and speak easier.

The combined changes give an instrument that features the same overall feel, blow & impeccable intonation of the comparable 9xx model, but with a more complex overall tone and bigger lower end. Overall, I give this change a resounding thumbs up!

WO Series Common Change 2 – Brass
Yanagisawa has changed their supplier for the Yellow Brass used in the WO Series. They are staying tight-lipped on specifics (trade secrets and all) but I have confirmed that this is not an entirely new supplier. Yanagisawa has used this supplier/alloy in current production in their #66 model necks.

Obviously, the alloy can impact the performance of the saxophone but I personally do not feel that this was a major change to the horns and personally equate the performance changes of the WO Series to the bore changes I described. I am guessing that this brass supplier switch was more of a business decision in reality, though Yanagisawa claims that they chose this brass for tone reasons.

Update June 6, 2014
I had a conversation with my contact at Yanagisawa in Japan about the brass. While he still won’t go in to great detail about the brass, he did tell me that the brass used on the tubes is actually different on the WO1 and the WO10. He says that they tested many brass options and based on their testing results, they decided to use a different brass between the two models.

This one will either be loved or hated by players.  Yanagisawa has changed the sculpting of the front F key. I personally found this odd as Yanagsiawa already had a sculpted key that we felt was the most comfortable of any sax. The new design just wasn’t my cup of tea, but the same time, wasn’t a huge departure from their 9xx key’s concept.

This is another throwback from the 8xx series as Yanagisawa has reintroduced the use of stopping feet on the right hand side keys. The thought is that they will provide a more secure feel as the key foot should stop the key rather than allowing the feeling of the lever flexing under pressure.

However, this commonly becomes a more cosmetic feature as many times, these feet are not setup properly to actually contact the body tube to stop the key! This is a minor issue that can be address with proper setup.

Yanagisawa has changed the angles on the low D# & C key paddles on the WO Series. This is a minor change but feels great under the hand. Overall, the previous design was also fantastic here, but this is just a refinement that shows a company wiling to make a great product better for the sake of the improvement. It’s not cheap to make a change like that, so whether noticed or not, Yanagisawa should be applauded for the attention to detail with this change.

So this one is also just a packaging aesthetic change, but it is a nice change nonetheless. Yanagisawa has always had exceptionally well made cases that fit their saxes well. However, their cases have not left much for portability or storage. The new case on the WO Series is a nice improvement on that.

It is basically the same shell of a case that was used on the 9xx models but with an improved exterior. The old cases were prone to heavy scuffing and potential tearing of the vinyl, whereas these cases should be much more resilient. Additional music storage was added on the exterior and integrated backpack straps on the back of the case. I do wish that a more traditional shoulder strap was also included as there will be many who do not care to wear the case as a backpack.

Personally, I believe that the WO Series change was more geared towards improving the performance of the lower price models from Yanagisawa. As I mentioned earlier, many people would label the lower priced Yanagisawa 901 and 902 as “intermediate” models, primarily due to the price. However, in performance, these 90x models were also brighter and thinner in tone than the more expensive ribbed 99x models.

So along with the changes mentioned above, Yanagisawa made 2 further changes that were specially geared towards improving the WO1 & WO2 to a higher level than the 901 & 902 models that they replaced.

This feature was already in place on the 99x series and likewise on the WO Series “Elite Models”. On the 90x series models, all of the left hand palm keys were individually mounted to the body tube as part of the single post construction concept. On the WO Series counterparts, Yanagisawa has upgraded the palm keys to use a fully seated palm key plate.

This plate adds more mass to the top of the body tube which will increase the tonal depth of the horn.

The lower priced model Yanagisawa’s have always used a standard top mounted octave key mechanism whereas the more expensive models (99x or WO Series Elite Models) utilize an underslung mechanism. For many, the underslung was considered cosmetic. What these people don’t take in to mind is the additional metal bracing that Yanagisawa installed along the top and underside of the neck. The end result is that the underslung necks were heavier and produced a richer overall tone.

With the Professional Models, the WO Series adds a plate on to the back of the neck tube that sport the Yanagisawa logo. This plate might appear to be cosmetic but in reality it was geared towards increasing the mass of the neck in order to produce a richer overall tone from the horn.

When these two changes were paired together, it has turned the Professional Models in to a better saxophone than the models they replaced.

In fact, with the additional Professional Model changes, one of our favorite saxophones on the planet now is the WO2. The combination of these changes with the heavier bronze alloy gives an instrument that is amazingly rich, resonant and wonderfully responsive. Combined with the lower price point of these models, the WO2 will redefine saxophone performance and value for anyone who plays it!

We (everyone at KesslerMusic) love Yanagisawa saxophones. They are amazingly well-built and in my opinion, present the most amazing value of any professional sax maker on the market. This does not mean that they are the best because in the end, this depends on the player. However, everyone who has played one of the new WO Series altos in our store has been blown away with most of them purchasing one on the spot.

The WO Series was not a complete redesign of a new model, but rather a well executed improvement over an already outstanding design. Yanagisawa held true to what makes them special (build quality, performance, value, intonation & ergonomics) and simply improved the horns overall. They are an exceptional company that makes exceptional products and I consider it an honor to represent their products in our store.

This post was edited 4/15/15 in order to include reference to the WO Series Tenor Saxophones release.