Rico is a name that many already have a formed opinion of one or the other. For many consumers, the name Rico brings terms like “student” and “cheap” to mind. Sadly, for a long time, this was an accurate assessment of the brand’s offerings. All this started to change after Rico was purchased by D’Addario in 2004.

D’Addario is a company that I have great respect for as I have always found their products to be of high quality and to never deviate from this. Their commitment to maintaining quality in manufacturing has been well known to guitar and string players for a long time. In the past year specifically, I have personally noticed this philosophy making its way through the Rico line of products. First with the reeds and now with mouthpieces. 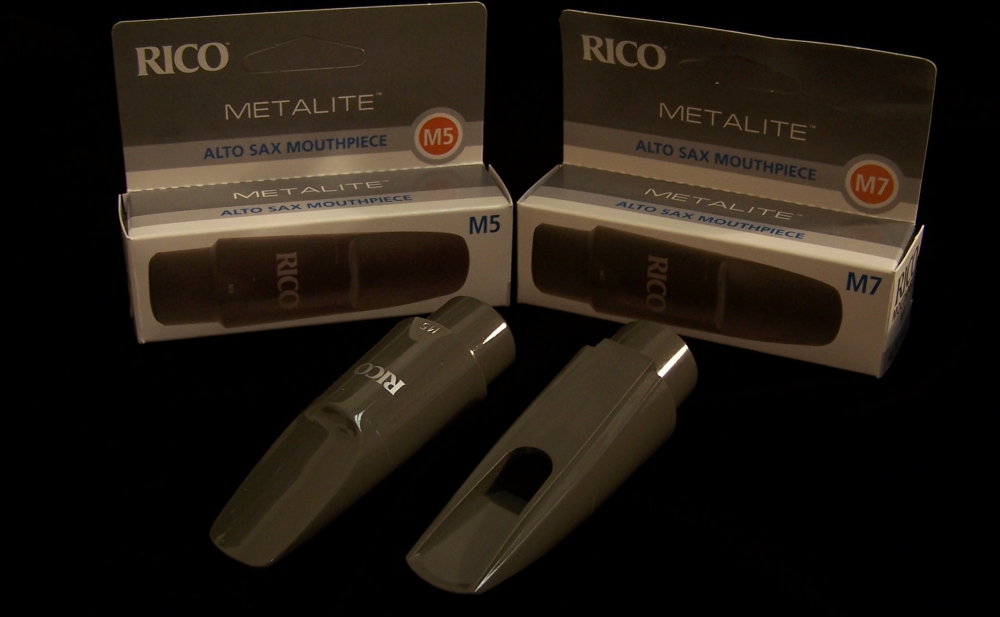 The Rico Metalite is not a new product. They used to be made by Rico back in the day. The Metalite mouthpieces were originally designed by Arnold Brilhart out of a polycarbonate material. These mouthpieces were designed with a high raised baffle and were designed to emulate the style of play commonly associated with metal mouthpieces. The originals were good mouthpieces but in my opinion, lacked refinement. However, the players who liked them, fanatically loved them.

As of July 2011, Rico has completed the re-launching of the Metalite mouthpieces. But this is not your same ol’ Metalite. These new mouthpieces feature a refined production quality.

The first thing that I have noticed so far is the consistency in manufacturing. My first batch of the alto mouthpieces contained 7 of the M7 Metalites. I quickly grabbed my digital tip gauge and went to work. Rico shows a specification of a .090″ tip opening. They are measuring from the very tip of the center of the mouthpiece. In all fairness, this is not the true tip opening. Most professional mouthpiece makers will tell you that the true ti

p opening is measured at the center of the baffle, parallel to the tip of the rails. You really can’t measure at this spot easily on the Metalites due to the initial baffle drop into the raised baffle. So I took the next best spot, the back edge of the tip rail.

All 7 of the M7 Alto Metalite mouthpieces measured exactly .0875″ at this spot. That is incredible… to be able to produce any mouthpiece to that accuracy is tough… especially considering the low price point of these mouthpieces.

All the Metalite mouthpieces produce a LOUD, powerful tone that is edgy and ultra responsive. I find the alto mouthpieces to be the most refined in manufacturing (thinner rails than the others for instance) but all are very good.

My only complaint on the Metalite mouthpieces is that due to their low price, they will find their way into the hands and mouths of younger players who may not have a teacher who is able to properly guide them on how to properly play with a high baffle mouthpiece. This can lead to players who struggle playing with classical sections or with traditional mouthpiece designs later on.

Overall though, I cannot speak highly enough of the value that the new Metalite’s offer. 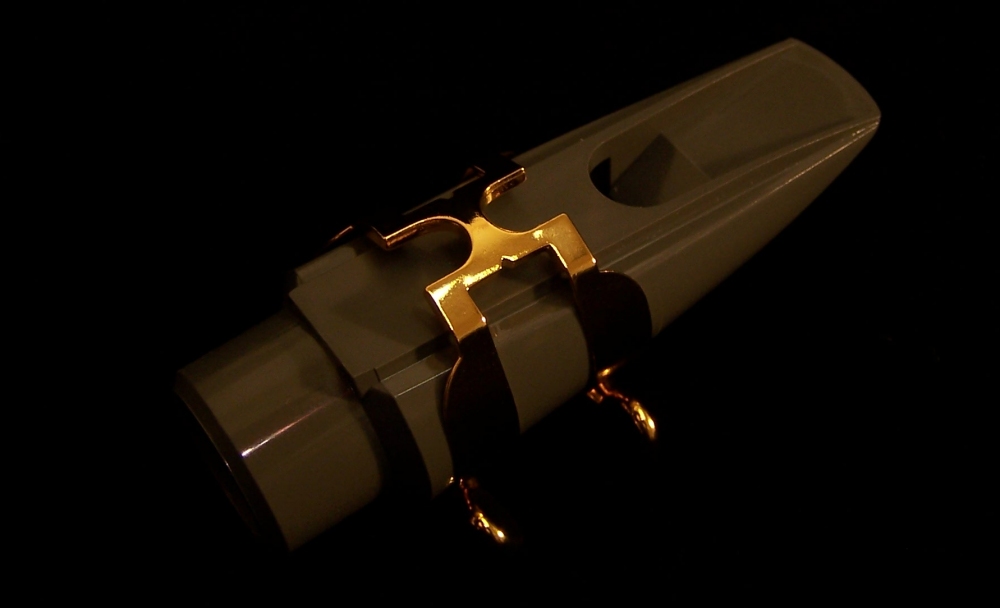 I do feel that they benefit from a lower impact ligature like the Rico H-Ligature as this helps add a little more warmth and tonal presence to the mouthpiece as well as maintain good reed life.